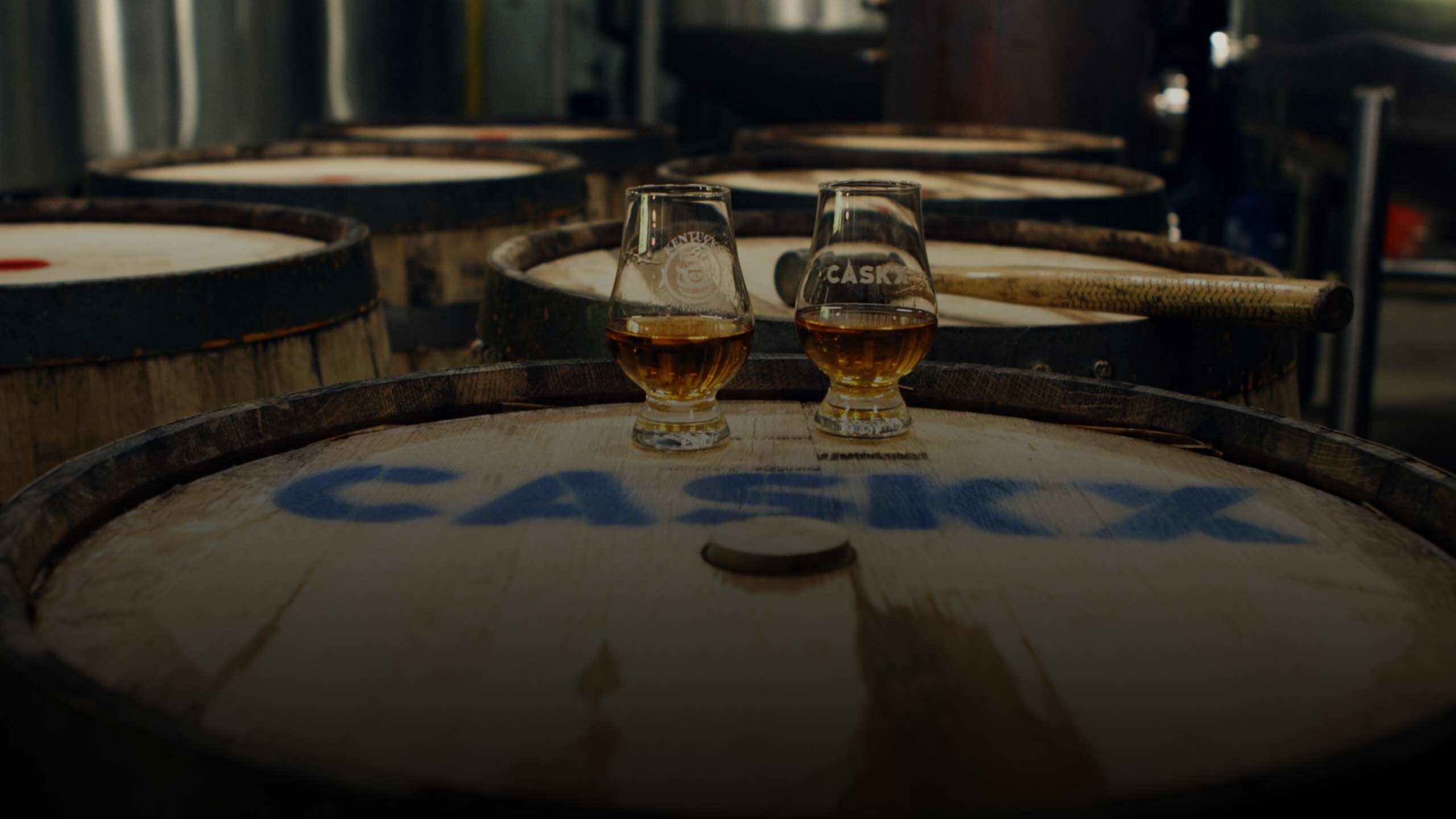 My Trip to Kentucky, Bourbon Capital of the World

As you know, CaskX has expanded its whiskey portfolio to include bourbon, a hot commodity made in America with over 200 years of history. We’re now selling barrels of bourbon to our valued investors from Kentucky Artisan Distillery and MGP, giving them a chance to invest in a tangible — and highly sought after — piece of U.S. history.

On my recent whirlwind visit to the States, I made it a point to spend some time in Kentucky, the bourbon capital of the world. I not only met with our valued partners at Kentucky Artisan Distillery, but I also checked out a few more stops along the world-famous Kentucky Bourbon Trail.

Although not all bourbon is made in Kentucky, about 95% of it is, and for good reason, I learned. The fluctuating temperatures of all four seasons and the limestone-filtered water found in Kentucky are the main reasons the state has made quality bourbon for ages.

While at Kentucky Artisan, I met with Distillery Director Chris Miller and Master Distiller Jade Peterson for a private, behind-the-scenes tour of the craft distillery located in Crestwood, Ky., just outside of Louisville. On that day, Peterson just happened to be distilling CaskX’s latest bourbon distillate, this time a wheated mash bill, which we are currently selling to our clients.

Peterson poured a small sample of the white dog (un-aged bourbon) coming off the still for me to try, and he proclaimed that it was some of the best bourbon he’s ever made. I was floored by that statement, because he has been in the distilling business for quite some time and knows the process inside and out.

Miller walked me through the bourbon-making process at the distillery, which first opened in 2013 as one of the Kentucky’s first contract distillers and has grown to producing more than 3,000 barrels a year. Kentucky Artisan not only makes products for other brands, but it also produces its own brands: Whiskey Row Bourbon and Billy Goat Strut Whiskey — both of which I got to sample well before lunchtime.

My next stop was at a charming, highly efficient distillery in Danville, Ky., called Wilderness Trail Distillery. I met with Co-Founder Pat Heist, who showed me around the growing distillery, which was bustling that day with a crew of landscapers, mowers and construction workers putting up new rick houses.

Heist is a scientist first, distiller second, and he told me he got into this business through his company, Ferm Solutions, which helps distillers around the world produce better products. He was quite knowledgeable and very personable — a trait I found in most Kentuckians I met — and showed me his distillery’s processes from start to finish. Heist opened Wilderness Trail in 2012 with his business partner Shane Baker.

I got to dip my hands into a tank of bubbling mash, see where the grains are brought in each day, and even spend some time inside a rick house, where thousands of barrels were aging. The smells inside these magical structures were intoxicating, both literally and figuratively.

Wilderness Trail makes a variety of whiskeys, from rye and wheat bourbons to rye whiskies. I also enjoyed several samples here and learned firsthand how aging effects bourbon by trying a bourbon that was 4 years old and one that was 8 years old.

Delicious stuff here, for sure.

About an hour’s drive from Danville (and 45 minutes south of Louisville) sits Bardstown, a quaint town that is home to many bourbon distilleries like Heaven Hill, Willett, Barton 1792 and Lux Row. Bardstown Bourbon Company opened here in 2017 on 100 acres in town, and it was quite a massive operation to witness.

Bardstown Bourbon is one of the top contract distillers today (MGP is another), and it was built with that in mind. This is by far one of the largest distilleries in Kentucky, and it was interesting to see such contrast between a facility of this size compared to a craft distillery like Kentucky Artisan.

No matter what the size, though, distilleries in Kentucky make fantastic bourbon.

I grabbed lunch first at the distillery’s upscale restaurant and bar area. The menu specialized in Southern fare with a twist, and the Wagyu Burger with locally made cheese did not disappoint. I also tried the house-made Old Fashioned, and let’s just say I could have had three more.

After lunch, I met with Susie Garvin, director of distillery sales, for a behind-the-scenes tour. She showed me the massive cooking tanks that held mash, the barrel room where newly constructed barrels were coming off the trucks, and inside a huge rick house, of course.

But this wasn’t your average rick house — there was a full bar inside separating a lounge area from the aging barrels. On one of the distillery tours, they also let you sample bourbon straight from a barrel!

It was a great time spent on the Kentucky Bourbon Trail, and with CaskX just beginning its journey into the bourbon industry, I will definitely be back to Kentucky in the near future. 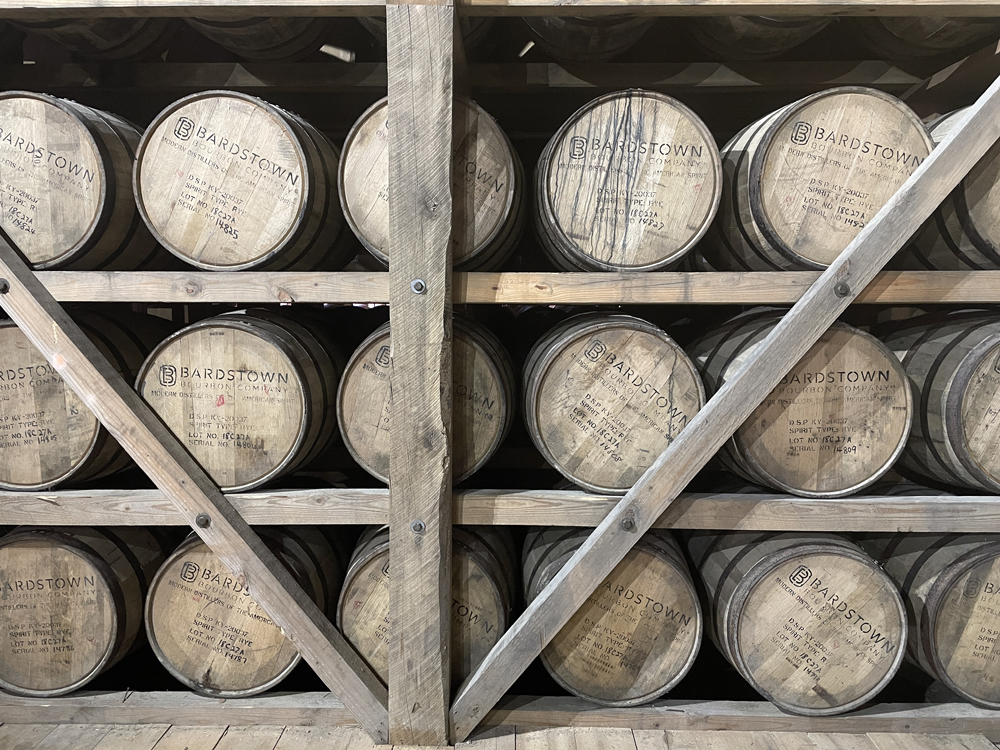 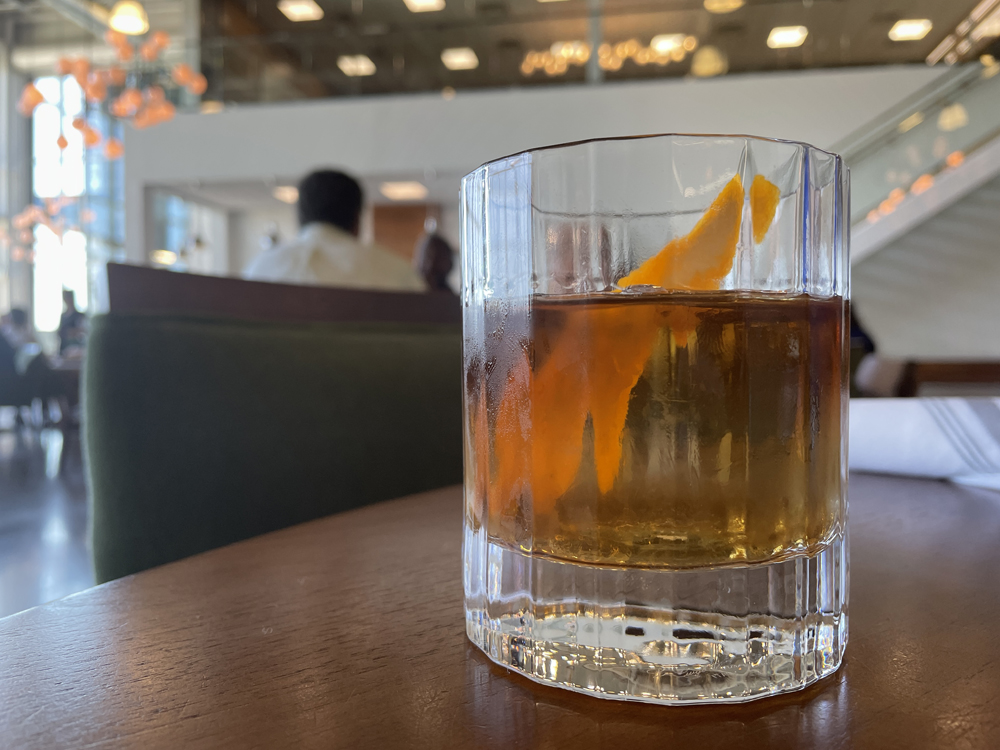 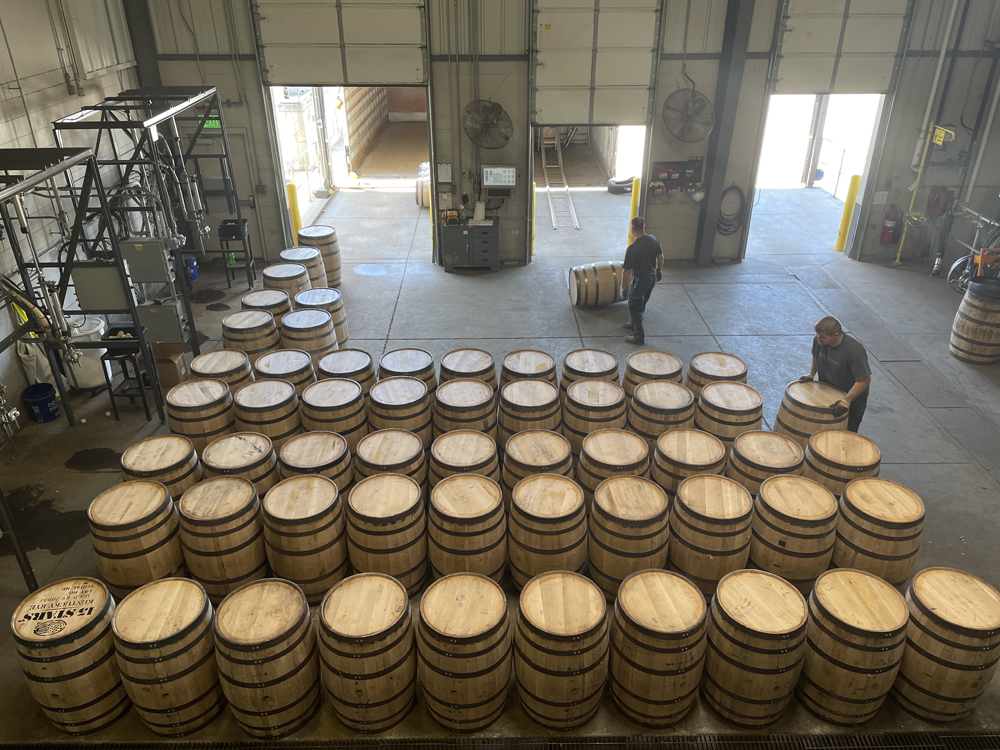 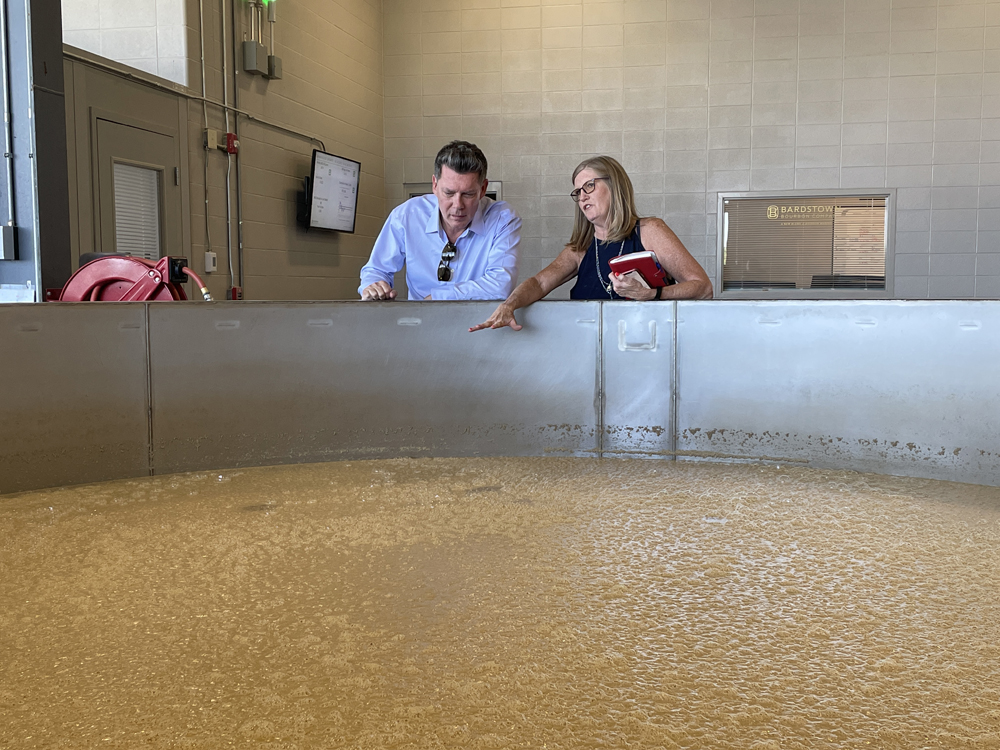 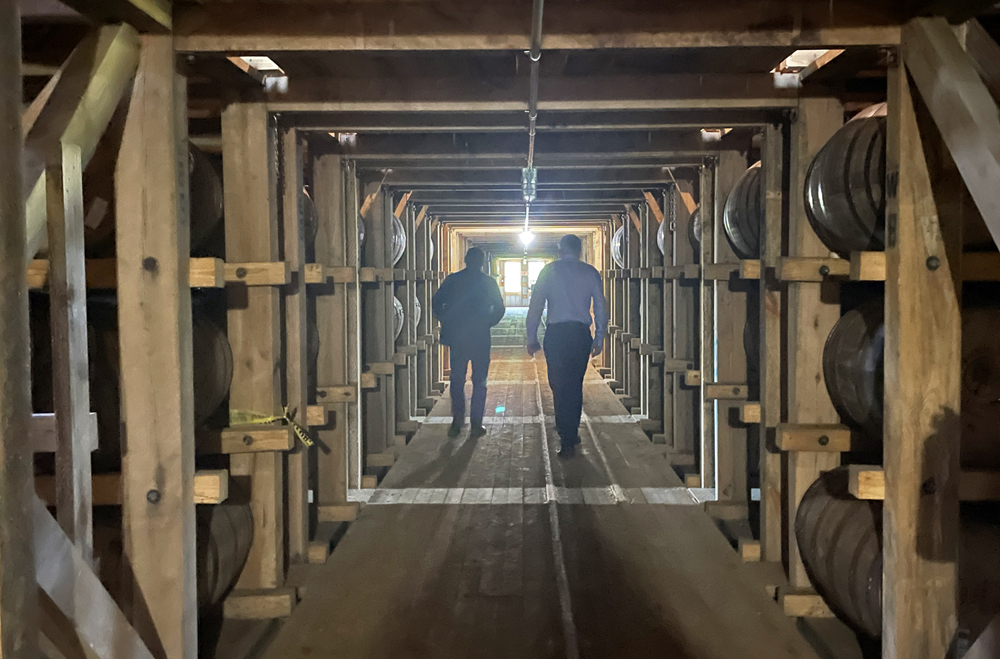 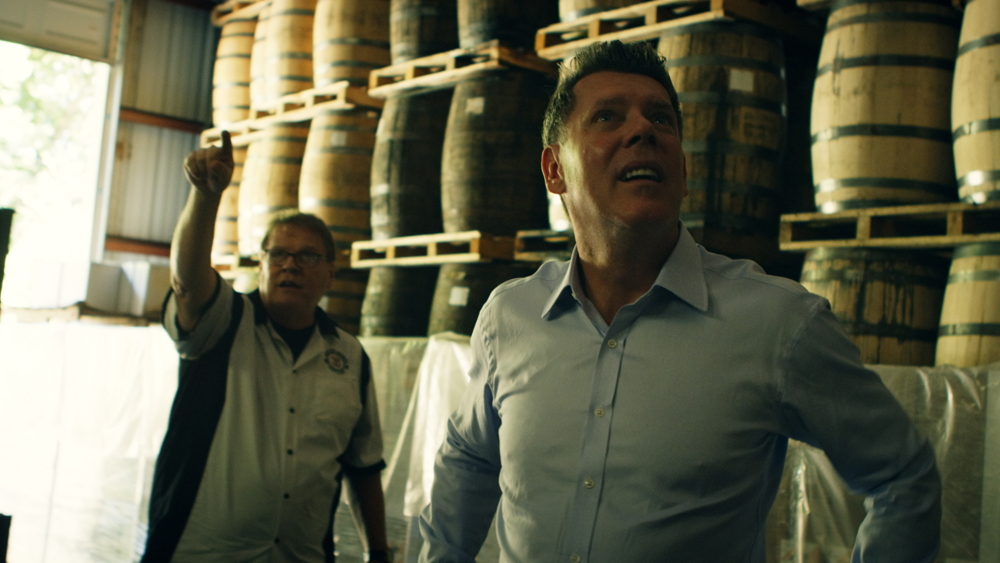 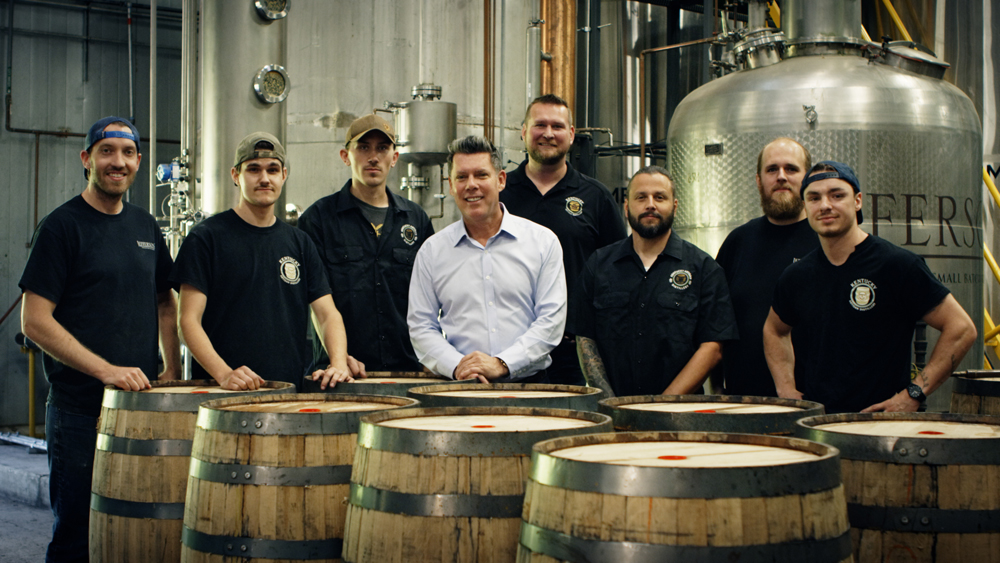 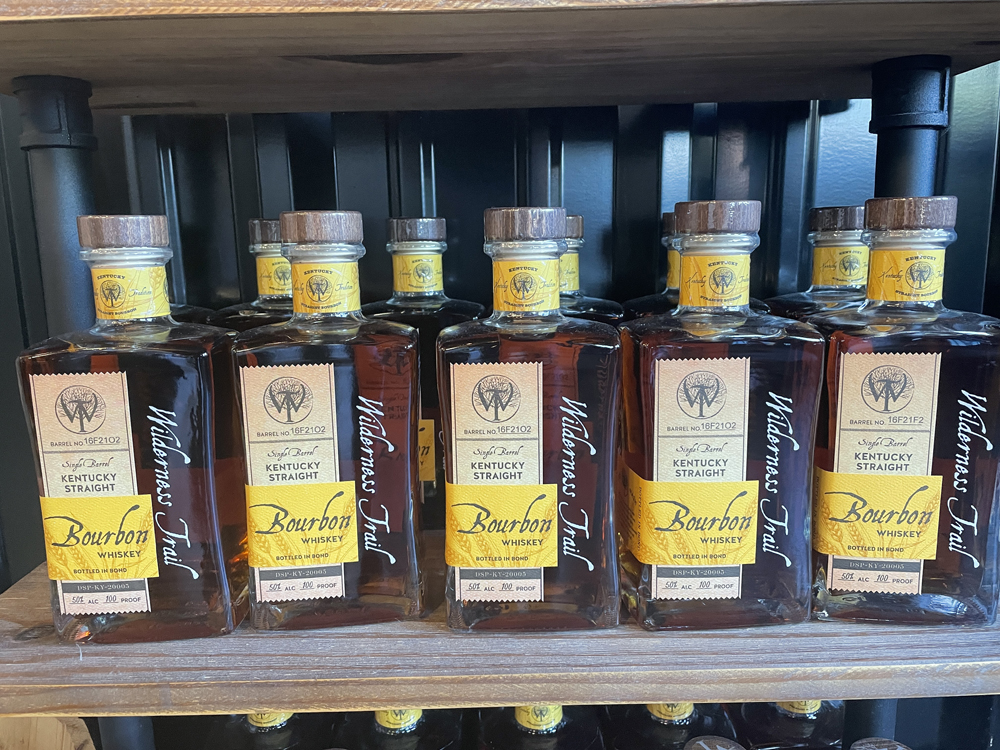 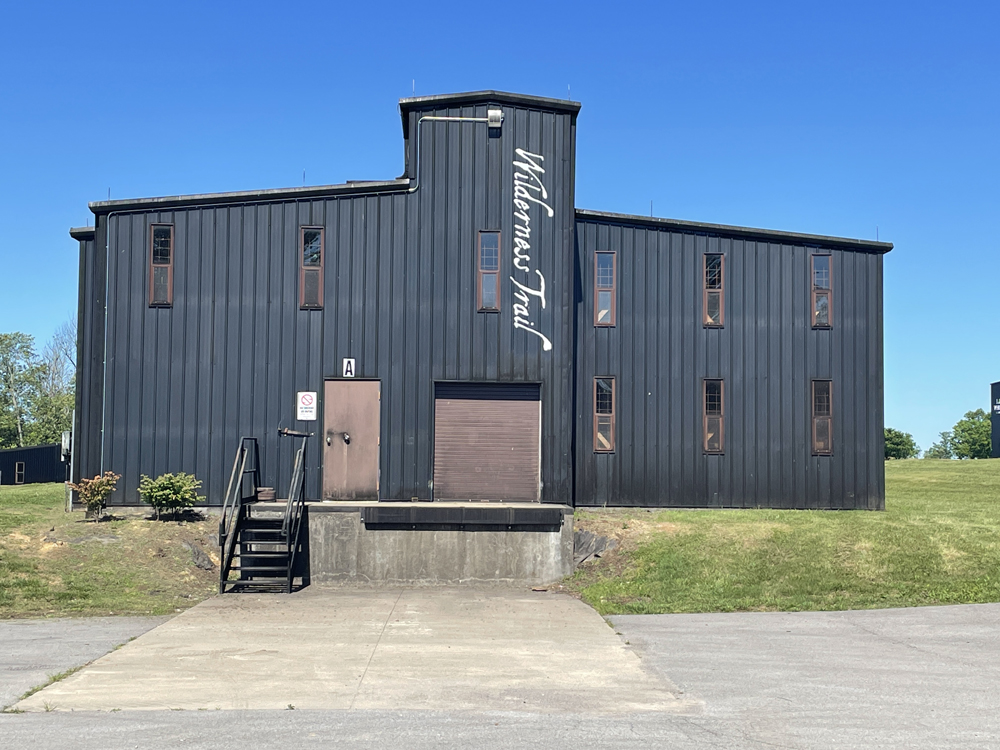 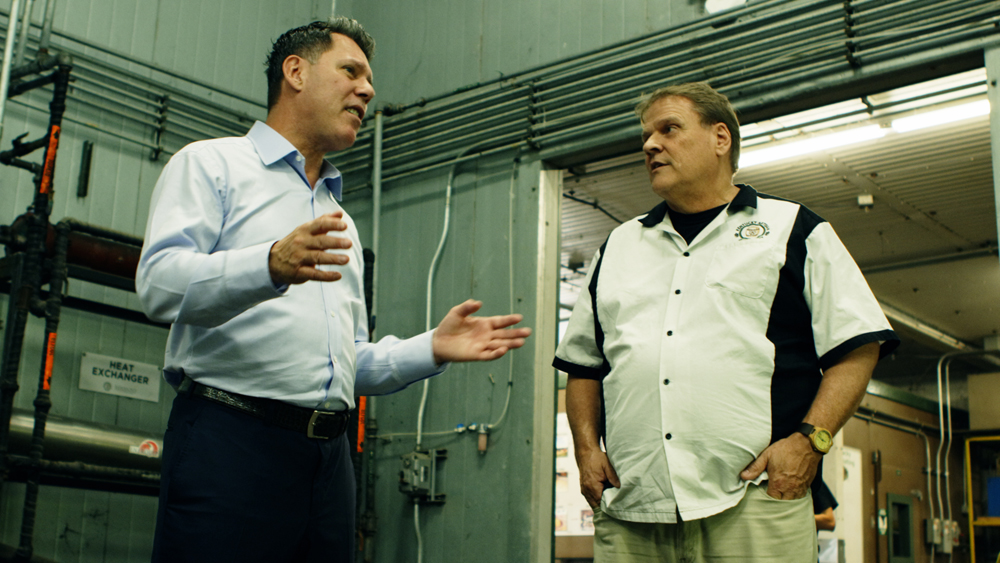 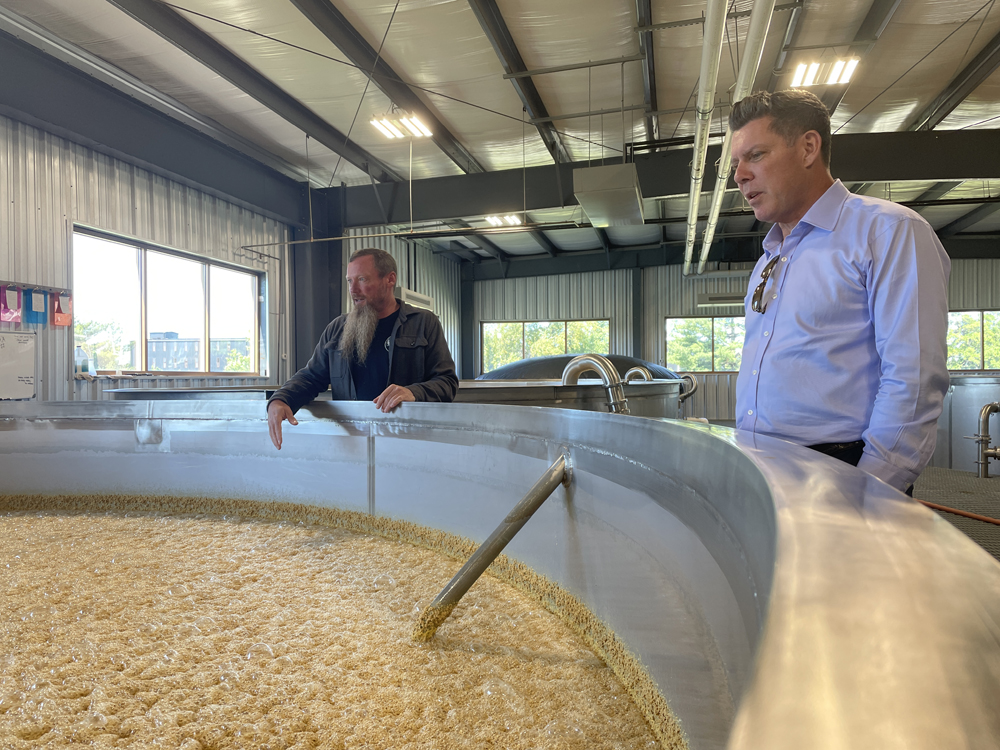 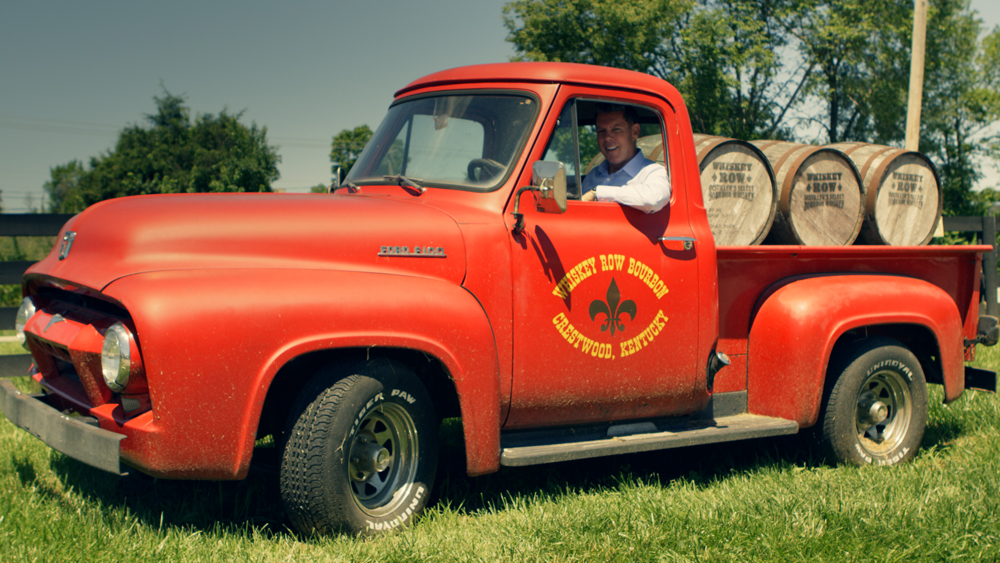 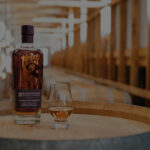 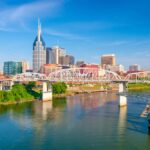 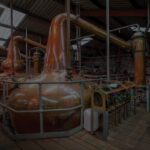 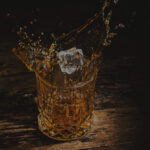 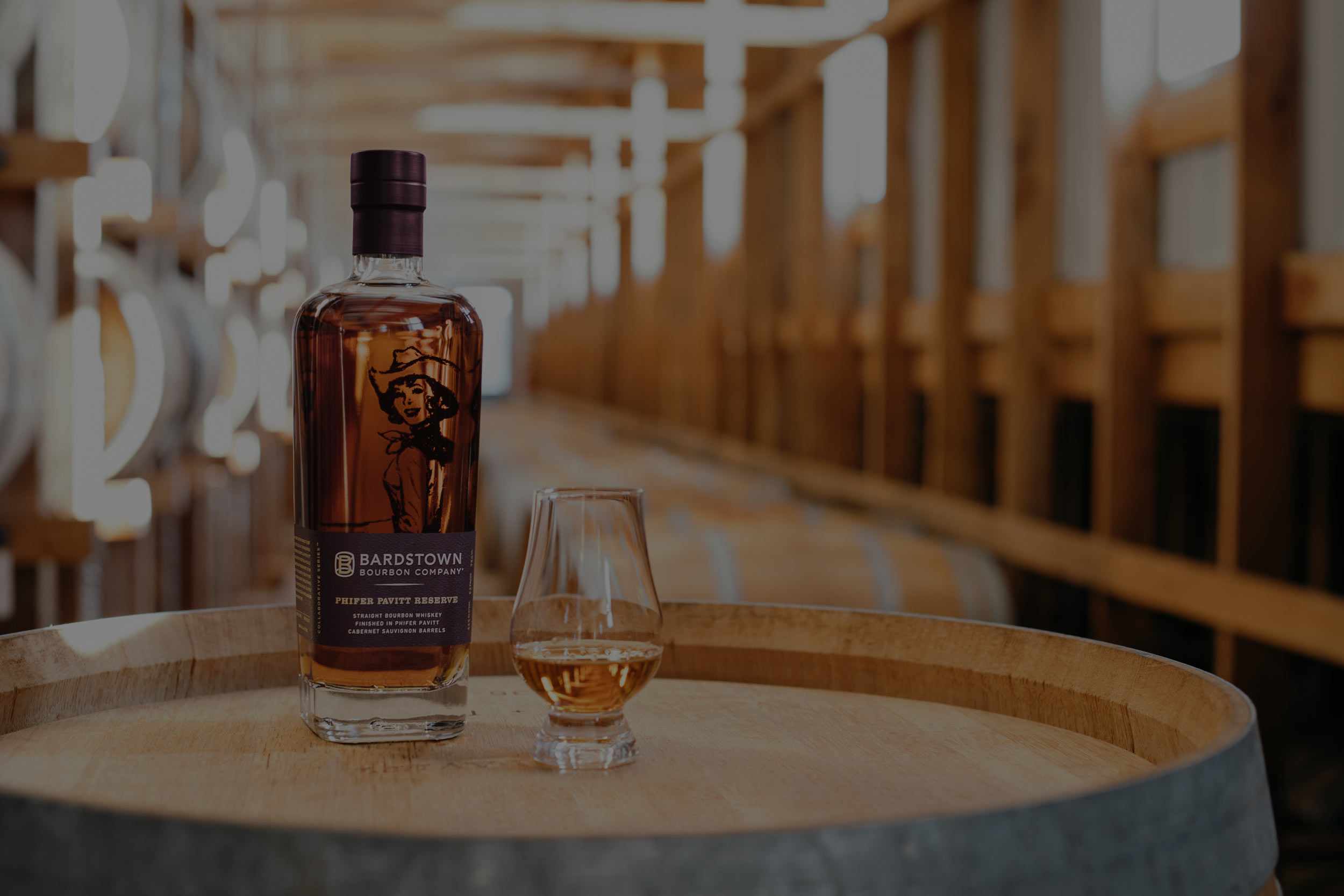 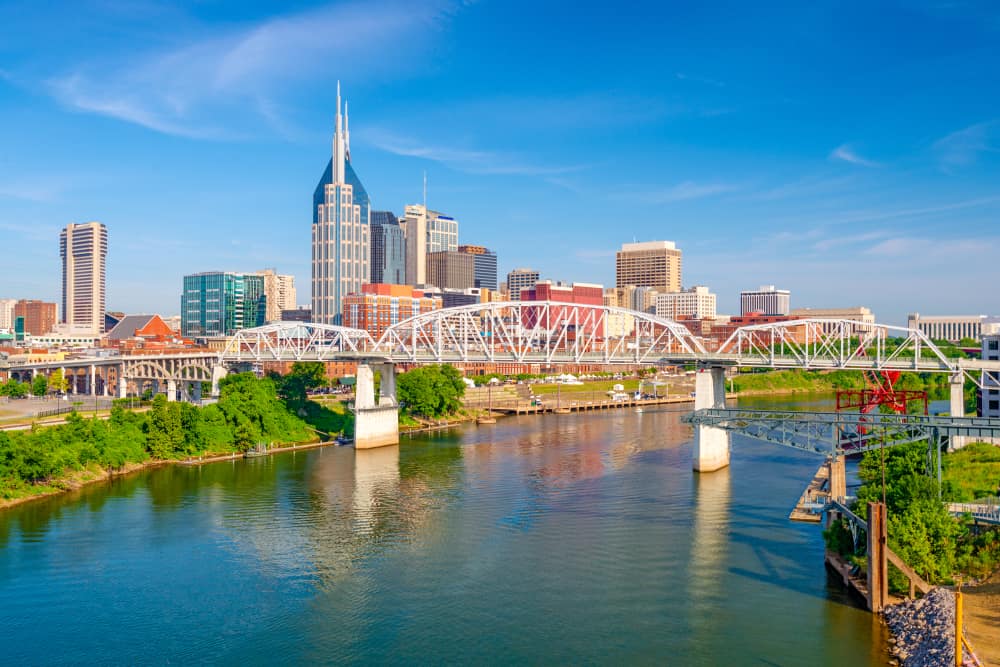 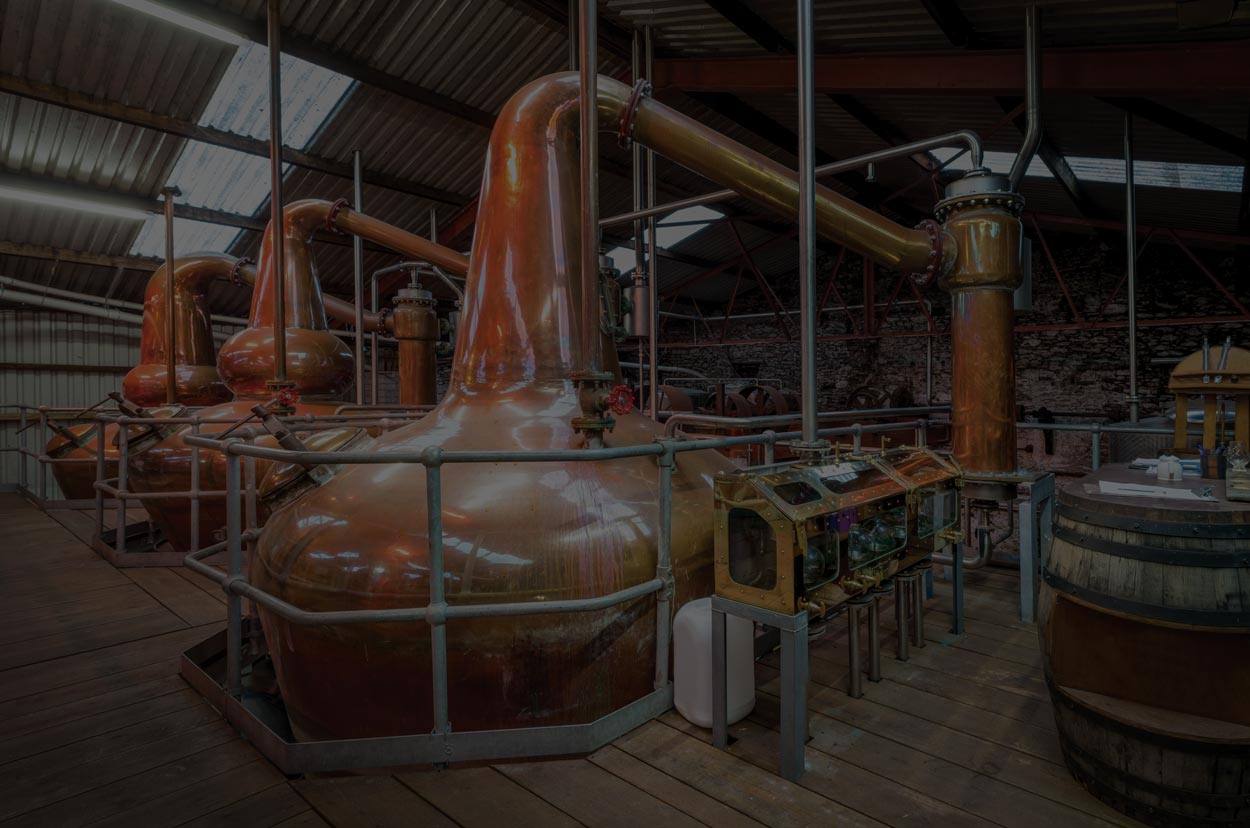